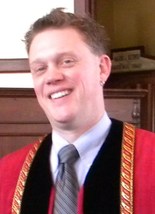 Rev. Darin R. Collins is the proud father of two sons, Lance 20 and Isaac 18 and one daughter, Anna, 12.  He has been married happily to his wife Roberta for almost 15 years.
Darin has served Berean for 18 years, graduating from Andover Newton Theological School in 2002, and coming to Berean two years later.
He has served on the American Baptist Churches of Rhode Island's Social Witness Ministry Team (and chaired the committee) and its Standing Committee on Ordained Ministry.  He has also been involved in the Rhode Island State Council of Churches, chair of its Faith and Order Commission and serving on its Executive Council.  Finally he has also served on the Board of the Rhode Island Interfaith Coalition to Reduce Poverty.
Darin was the 2017 recipient of the American Baptist Home Mission Societies Rosa O. Hall Rural and Small Town award for exceptional effectiveness in rural or small town ministry.
​ 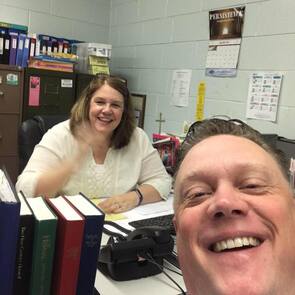 Barbara, a life-long Rhode Islander, is a wife and a mother of four Grandmother of five. She was raised Episcopalian and has been working with churches for over 14 years.

Barbara enjoys gardening and grows her own flowers, herbs and vegetables. She has a creative side and loves making seasonal decorations and crafts for her family and friends. Barbara loves cooking, so, if you have any new or exciting recipes feel welcomed to share them with her!

She deeply values her faith and is a true believer in the power of prayer. 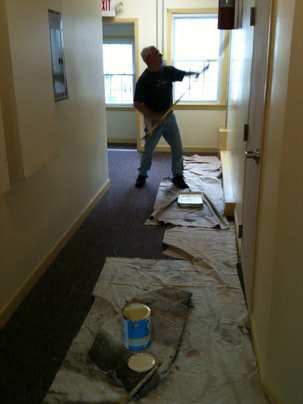 When you arrive at Berean you will notice how neat and clean it looks, inside and out.  This is due to the hard work of Al.  You rarely see him standing still, which is why we could only get an action shot of Al.